It’s not all blog posts and Vespers.

Recently a friend suggested that I keep a training journal of sorts; a simple means for readers (those appreciated few) to keep tabs on my various efforts. I thought it a good idea. If nothing else, reflecting on a regular tally of my efforts will give me sense for where I’m concentrating my time. Looking back on the previous month, I find that I’m satisfied, but not quite pleased. While I’m in no rush per se, this being a multi-year journey, I do have an extraordinary amount of ground to cover.

This month’s investments (more time than financial in nature) were spent on research, combat training, and cultural and social intelligence – training areas identified in the list.

Research: all told a reasonably solid month’s work. I completed my film writing commitment reviewing December’s film, From Russia with Love, and watched the third, Goldfinger, just the other night. I also completed William Boyd’s ‘Solo’ – a James Bond novel which I thoroughly enjoyed despite some shortcomings. Boyd doesn’t quite capture Bond’s style or wit; opting to portray him as more of a cold-blooded every-man with real-world concerns. This humanizes Bond in my eyes; a quality I appreciate in Tom Clancy’s Jack Ryan novels, but not 007. Boyd’s Bond is laconic to be sure, but not sufficiently sophisticated. I don’t want to be bothered with Bond’s banalities – doing so erodes the escapist qualities that make him so appealing.

Last weekend I started Ian McEwan’s ‘The Innocent’ a psychological thriller and British spy novel set in the cold war. McEwan is best known as the author of the Booker Prize shortlisted ‘Atonement.’ While I’m not normally one to dissuade one from reading Booker caliber fare, if you haven’t read McEwan before, I highly recommend starting with his novel ‘Saturday.’ The plot centers around a home invasion gone terribly wrong. Imagine the entertainment value of your standard Dean Koontz pulp, but written by a world class author. It’s an airplane book you can be proud of; and one that might have you reaching for the dictionary. One of my favorite lines…

“You can tell a lot from a person’s nails. When a life starts to unravel, they’re among the first to go.” ― Ian McEwan, Saturday

Combat: I didn’t spend much time in combat training this month. I swapped a few emails with some martial arts instructors, but my fruitless search for a new dojo is a topic for another post. I made probably three visits to the range and enjoyed having a second firearm at my disposal – my father-in-law’s 1963 Colt .22. It’s also nice having a rimfire option as the ammunition is far, far, less expensive. Now if only the grip weren’t right-handed. 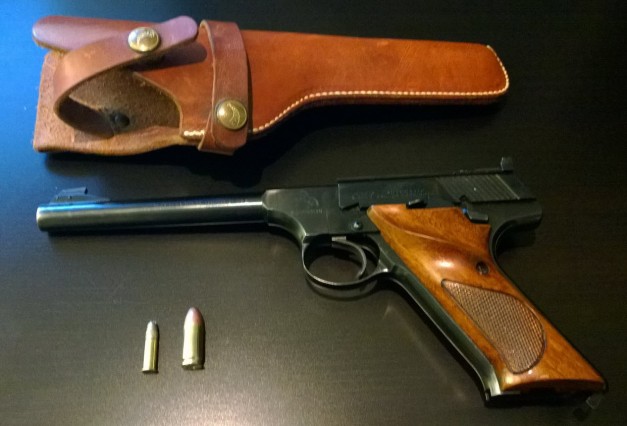 Cultural & Social Intelligence: I’ll admit it. Learning French on one’s own is a bit of a slog. I’m committed to seeing Rosetta Stone through to the bitter end. No one said this would be easy. What’s embarrassing is that I’ve yet to make it through French level 1. Now this is far more an indication of time spent than learning curve, but considering that I already have two years of French under my belt I’d like to be further along.

I really ought to skip ahead to level 2 or 3, but I have an comprehensive streak that’s stirring up a host of inner turmoil. Normally, I’m one who places a premium on efficiency. I’ve been told, professionally speaking, that I excel at seeing around corners (not doubt a skill that would come in handy in a firefight). For now comprehensiveness is winning out. A little remedial material should do wonders for my confidence, but it’s hard to see how knowing if the cat is sitting on or under the house is going to help me at the Baccarat tables in Monte Carlo.

What’s next? February should be a good month. Next weekend I’m in two full days of defensive handgun training at the West Coast Armory where I’ll learn speed loading, shooting rapidly at multiple targets, engaging targets from many positions, and the concealed draw. For my training I was required to acquire some new gear. I’m now the proud owner of a custom made holster and belt clip for two magazines. It’s a lot like back to school supplies, I’m just packing something other than a Trapper Keeper. The holster and magazine attachment also came with a complimentary eye-roll from Dan. Those don’t seem to be in short supply of late.

Toward the end of the month we’re off for Argentina to add a new exotic location to my world map. Dan and I are cycling through Patagonia for six days then convalescing in Buenos Aires. Bon voyage.