The anatomy of a film review

Posted by Alex on November 16, 2013
Posted in: film reivews. Leave a comment

Who’s up for a Bond marathon?

Last night Dan and I watched Dr. No; the first film in a now 23 part series. As I stated in my post on research and planning, I intend on watching one film a month for the next two years. With the 24th film in pre-production, and due for release on my 43rd birthday (shudder), I’ll be wrapping up this phase of research in two years (this is math I can handle). While this isn’t my only source of intel, it does provide the foundation for what I’m setting out to achieve. It seems only appropriate that I revisit each one; drawing inspiration and fuel for the list.

Right after Dr. No finished I started writing. Just a quick draft mind you; an effort to capture some thoughts while still fresh. Certainly no intention of publishing until at least the weekend. This is my first review after all and I want to set the right tone. Then, as I was driving home and thinking about what remained, I had an epiphany – I needed a framework.

When writing at work I typically sketch an outline first – a loose set of objectives to support the points I want to convey. I failed to realize, initially, that such a process is perhaps even more necessary here; particularly given the sheer number of films to review. So, with this post, I’ll endeavor to dissect the elements of a film review; calling attention to important conventions as well as my own creations. 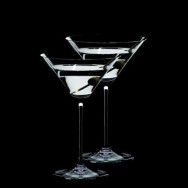 locations, the top billed cast and such. A brief synopsis is likely also merited; though with IMDB and James Bond Wiki at my scant few readers disposal I have no intention of erring on the comprehensive. If I could borrow a bit from my friends at CommanderBond.net,  I’ll also chronicle counts of martinis, conquests, and kills for fun. It’ s like having a bit of Bridgette Jones in each review; less weigh-ins and “ciggies”, but still a few cocktails. She’s British so its arguably apropos. However, while these are arguably core elements of any Bond film review, none serve my purpose explicitly, nor do they offer much in the way of originality. I need some conventions of my own.

Reflecting on my personal style, as well as my objectives, I propose the following as mainstay review elements: Contextual Matters, The Wrong Side of History, Inspirational Moments, and Sartorial Splendor / Outmoded Mode. A word on each…

Contextual Matters: When it comes to enjoying a film properly you have to consider both the director’s intent and the context or era within which the film was made. This is particularly important for films that tap into the cultural zeitgeist. That’s no less true for the Bond canon. Spanning over 50 years, Bond has witnessed the start and end of the cold war, the civil rights movement, the 70s, AIDS, and cyber terrorism. To name but a few. And while the films may not have honored each era in the most positive of lights (see ‘The wrong side of history’), they, like all things, are the product of their environment. By researching then current events I’ll offer some commentary that has the benefit of hindsight; something unavailable to the original reviewers. 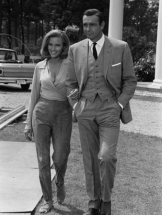 Sartorial Splendor / Outmoded Mode: Always dressed for the occasion, and occasionally conspicuously so, Commander Bond can typically be found in a Saville Row tailored suit. Not to be out done, the Bond Girls are also known for their haute looks (or in some cases just their looks). However, while some ensembles stand the test of time (they light grey flannel of Goldfinger comes to mind), some have not (see Roger Moore in virtually any film). After all, what’s a film review without a visit from the fashion police?

The wrong side of history: Some films age well, others don’t. Those that don’t stand the test of time can fall prey for a number of reasons from great advances in technology to advances in tolerance and acceptance. Have you seen the Jungle Book lately? The early Bond films too have their cringe-worthy elements. From poorly conceived stunts to the occasional objectification and marginalization of women, it’s hard not to notice what was once common place, now, fortunately, feels woefully out of touch. I suspect films of the 60s and 70s will provide the most fodder.

Inspirational moments: certainly the most obvious of categories, I’ll endeavor to draw some homage, send-up, or otherwise tribute to each film over the course of the next few years. Some moments no doubt amounting to broad competencies that have already been identified (see ‘the list‘) others quite specific like an exotic location or important singular event (playing Baccarat in Monte Carlo perhaps).  There’s no shortage of material that’s for sure. The only things that are in limited supply are cash, dignity, and my youth. One makes do.

Now, with a proper framework in place I can set forth on my first review. Properly.